The Pittsburg & Shawmut began phasing out steam locomotives and changing to the nine SW9 EMD switchers in 1953.  Unfortunately, I was four years old at the time and have very vague memory of it.  Also unfortunatley, my collection of steam area photos is very limited. 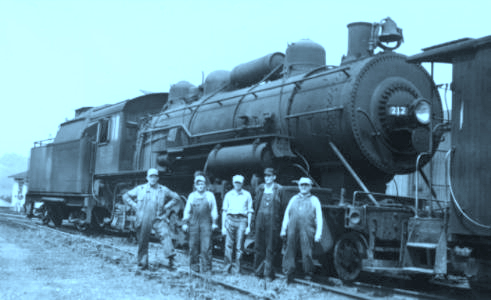 Shawmut steamer 212 and crew pose for the camera. 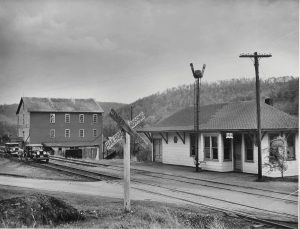 During the steam era is this awesome shot of the Timblin station from Richard Cook.  Most of the things I saw of the P&S were at Timblin since my grandparents lived there and grandpa worked on the area track gang. 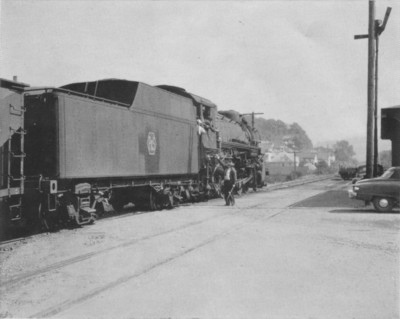 No question here, an oldest and most favorite Shawmut photo of mine is at Timblin station with Elmer Shick hooping up orders. 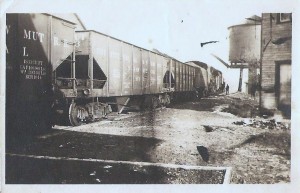 This photo from Greg Carberry is a mystery to me as to the location, anyone? 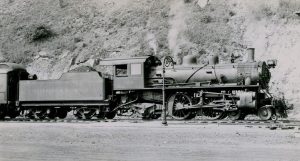 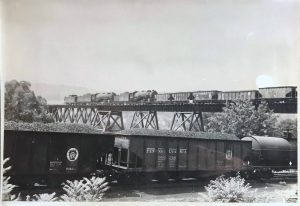 At Brookville is this awesome sight of two helpers on the end rolling across Brookville Viaduct into the yard.

This was reportedly from a builder’s cars of the 104. 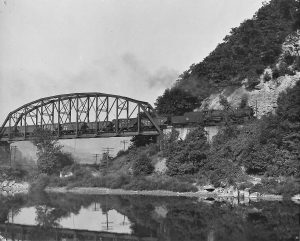 Sam Kanish’s collection includes this one crossing the Allegheny at Reesedale. 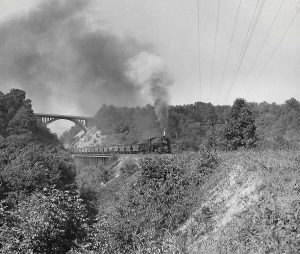 Another from Sam crossing under the Rt 28-66 bridge at Colwell, suspect maybe same train as the previous shot.